When You Are Where You Don’t Want to Be 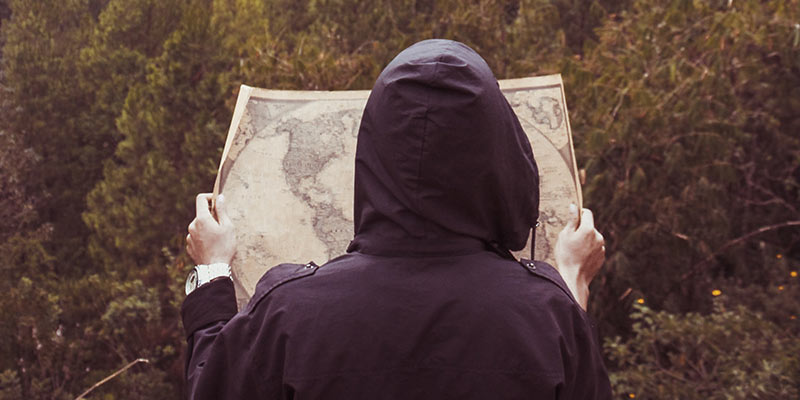 I am sure we have all been in a situation where we have ended up at a destination that surprised us.  We followed directions but when we got there it didn’t look anything like the picture or the map or what we envisioned. Perhaps we were reading a map and misread it, making a wrong turn and not even noticing. Maybe we were given instructions but they were not clear and there was a step missing. Whatever the reason for getting to an unknown, unexpected or unwanted destination it doesn’t change that you are in a place you do not wish to be.

This kind of situation, along the journey of life, happens often. Right now, there is so much happening in our world and we wonder when are things ever going to change? How did we get here? Why is it taking so long to get out of this? In the world or personally, we are experiencing challenges that we thought by now would be over. But they are not. The challenge gets worse and harder. The pain lasts longer. We stay stuck in a place where it looks like there is no way out, around, over or through. There are financial, emotional, relational, physical, mental, spiritual, home or employment situations that leave us at a destination we wouldn’t choose. We are left there without a clue of when we are leaving. So, what do we do?

There are people in the Bible who have experienced these same challenges. Abraham, Joseph, David and, Mary and Paul are just a few. There are some lessons we can learn from their responses.

Be who God has called you to be no matter where you find yourself. Continue to trust God’s power to work wherever we are.

Abraham was given a promise that took over 25 years to be fulfilled. Sure, they thought of many ideas and ways to facilitate the keeping of the promise. They tried to help God out. Yet, he still trusted God to keep His word. Romans chapter 4 calls Abraham the father of faith because even in his mistakes his response to God was always one of trust and obedience. He did what God asked him, when told to leave his home. When waiting for his promise he believed God even though he didn’t know how it would happen and even though he tried to help. When asked to sacrifice the promise- his son, he didn’t hesitate to trust God to provide. He remained faithful to God.

Mary had a similar response in her situation. God told her she would be with child. She knew physically that this was not possible. Yet, her response was one of trust. It was one of praise. Luke 1 tells us her story and how although she did not understand how, she never doubted that God knew what He was doing.

We read part of David’s story in the book of Samuel. David was anointed for a position that he had to run from for many years. Although he and many others knew what the Lord had spoken, it did not happen in quick timing. David fought for his life for many years. It was 15 years from the day of anointing to the day on the throne. Even though David had opportunities to take care of- to end this battle, he should never have been in, he chose to honour God by obedience and patience. He continued to do what was right before God instead of what others thought was right in his dealings with Saul. We read in Psalms as well of David’s obedience to God and how his choice was to wait on the Lord.

Joseph had a dream and thought that his journey to fulfillment was going to be easy. Then his brothers did the unthinkable and he spent 17 years having one bad thing after the other happen to him. He arrived at many destinations that were uncomfortable and unfair. He was in prison for a long time. What did he continue to do? The story of Joseph in the book of Genesis shows us how he continued to serve wherever he was placed. He continued to live a life of integrity and honour God no matter what. Even though Joseph what not where he wanted to be, wherever he was he served to the best of his ability. He used his gifts and walked in faith.

The life of Paul as told throughout the New Testament gives us an understanding of how perspective changes our outlook on position. Paul found himself in many places that none of us would choose however he always decided that it was exactly where God wanted him to be. One of the common passages often quoted from Philippians about rejoicing and good thoughts, Paul wrote in jail! He states in Philippians 1:12-14 “ Now I want you to know, brothers and sisters, that what has happened to me has actually served to advance the gospel. 13 As a result, it has become clear throughout the whole palace guard and to everyone else that I am in chains for Christ. 14 And because of my chains, most of the brothers and sisters have become confident in the Lord and dare all the more to proclaim the gospel without fear.”  Paul’s example teaches us to continue to the work of the Lord wherever we are. Let our lives point to God and bring others to faith in Christ. Another story of Paul in Acts 16:25-34, shows us to keep praying and praising God. Be who God has called you to be no matter where you find yourself. Continue to trust God’s power to work wherever we are.

These real life, Godly examples show us that we all find ourselves where we don’t want to be, but God is present there. Knowing that truth, we can continue to trust God and keep the faith, stay in obedience and honour God in patient hope, serve others and walk in integrity, serve God and keep believing. God knows where you are. God knows what He is doing.